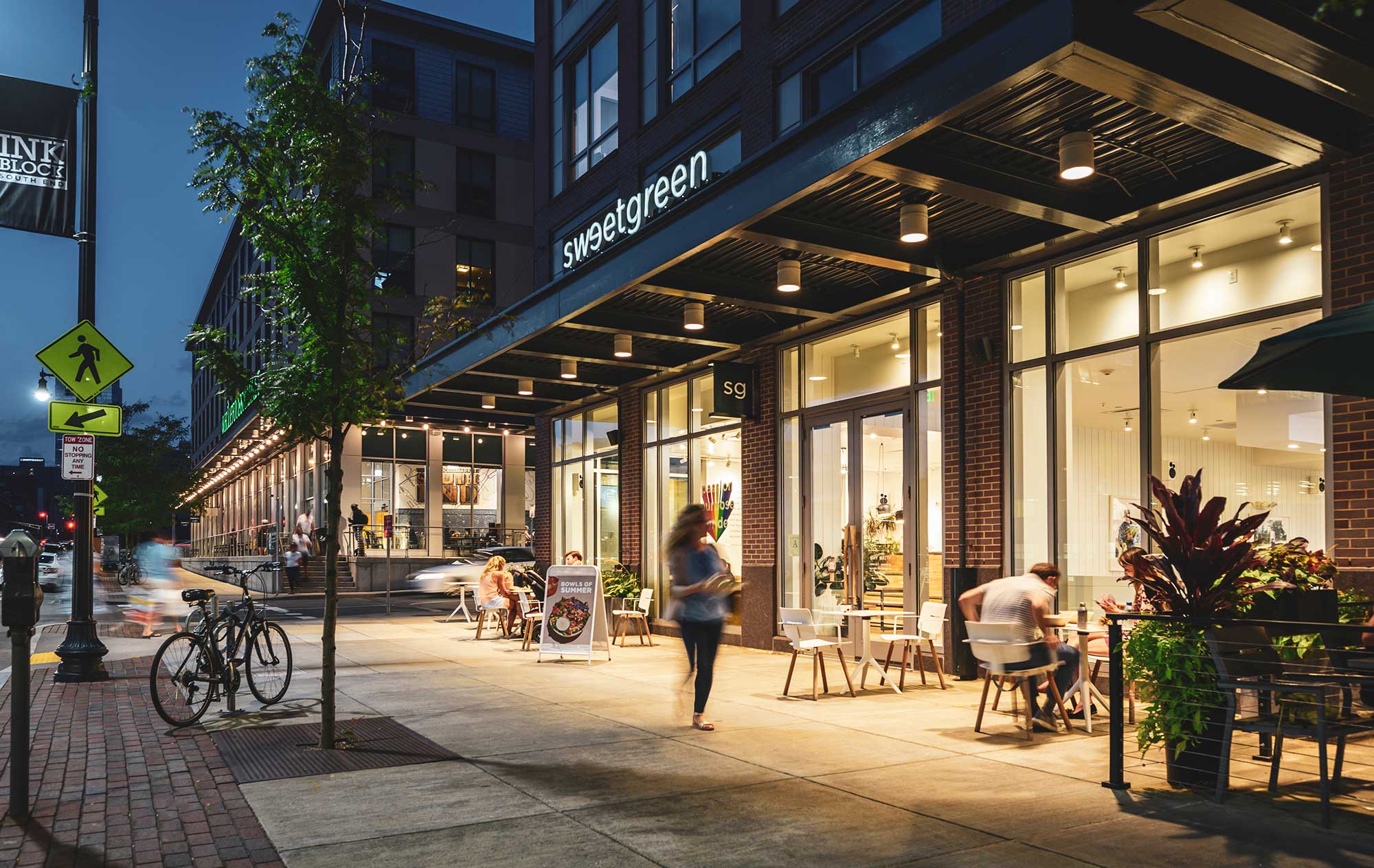 There’s no local development more often cited as an example of the real estate concept of “placemaking” than Ink Block in Boston’s South End. The six-building complex that opened about five years ago and was built by National Development, features residences, an AC Hotel by Marriott, a Whole Foods grocery store, among other things, and is often held up as a shining example of the “live-work-play” mixed-use development archetype around which developers — and development financing — are clamoring.

Ink Block stands a stone’s throw from Boston’s I-90/I-93 interchange, a site long been considered difficult, if not impossible, to develop. In many ways, Ink Block is considered a catalyst for new development in a rapidly changing, and gentrifying, neighborhood — one that’s seen an infusion of luxury housing and is set to see even more in the coming years. Projects including 345 Harrison — a 585-unit residential project spanning full city block complete with rooftop pool — have recently wrapped up, while more than 700 are currently under construction.

Much of the construction was prompted by a 2012 study published by city planning staffers, called the Harrison-Albany Corridor Strategic Plan, said David Chattman, vice president with Related Beal in Boston. The plan — and its subsequent rezoning — prompted a wave of investment and development, Chattman said.

“We really see it as kind of the perfect opportunity, and I think we’re not alone in that,” Chattman said. “You get the authenticity and the cultural diversity of the South End, but kind of in this corridor, that sits at the nexus of so much.”