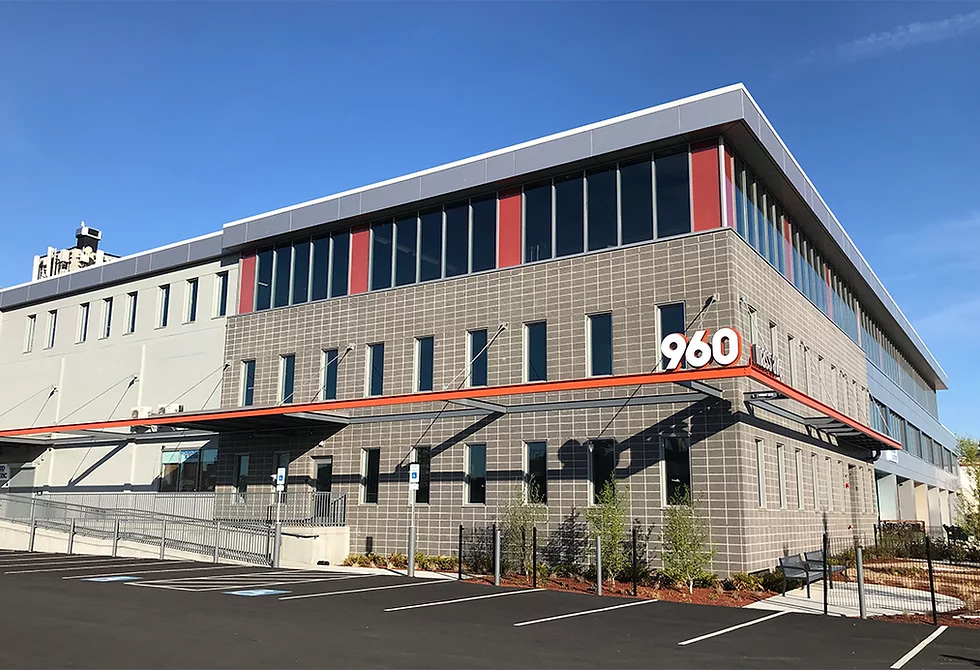 Boston Medical Center has agreed to lease a building in Boston’s Newmarket neighborhood that was recently renovated by National Development, with plans to use most of the space for administrative offices.

The agreement brings another office tenant into a part of the city dominated by industrial and food production businesses. The construction giant Suffolk and the surveying firm Feldman are among those that have corporate offices in the area.

It also gives BMC real estate on the other side of Massachusetts Avenue from its main campus. The hospital is leasing the nearly 100,000-square-foot building at 960 Mass Ave. and expects to occupy 70,000 square feet at the end of 2022, BMC spokesperson David Kibbe said. Two tenants now in the building — the electrical supplier Standard Electric and the music-recording space The Record Co. — will take up the remaining space.

An affiliate of Newton-based National Development sold the property to the Centurion Foundation of Massachusetts in December for $43 million. BMC is leasing the space from Centurion, which develops, finances and leases real estate for nonprofits like health care systems.

National Development has repositioned the property, putting a 25,000-square-foot addition on the third floor and replacing the building’s facade, among other improvements, for office and light-industrial tenants. Construction is ongoing inside the building.

BMC has also leased space at the Roundhouse hotel — similarly on the other side of Mass Ave. from the main campus — to offer short-term housing and medical services to those suffering from substance use disorder. That program started around the same time the Wu administration cleared tents and encampments from “Mass and Cass,” the area near the intersection of Mass Ave and Melnea Cass Boulevard that has been the epicenter of a homelessness and drug use crisis.