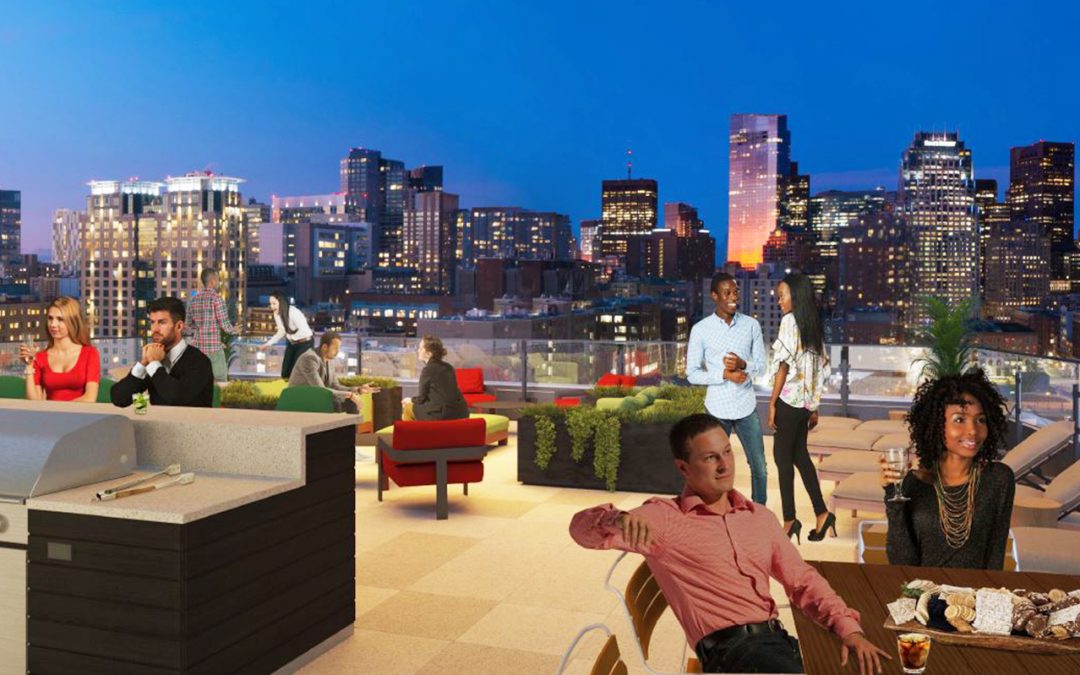 During the pandemic, the hustle in many of Boston’s busiest neighborhoods slowed to a stroll. Hotspots in once-jumping neighborhoods like the area near the TD Garden have gone dark.

“It’s very empty,” explained Kaylie Hutchinson who lives in across the street from The Fours, a popular restaurant that shut down last fall.

“Since last March, it’s very different,” she said. “Stuck in my tiny 800 square foot apartment with my boyfriend.”

With fewer workers actually going into the office, a lot of people like Kaylie and her boyfriend, are feeling a bit claustrophobic working at home. It’s a problem developers have recognized, and they realize it’s an issue that will be with us long after the pandemic, so they are looking for ways to give city dwellers more space.

“Part of the goal of any new development in the city is to integrate outdoor space with urban living,” explained Ted Tye of National Development. His company is behind the transformation of the Ink Block neighborhood, the former home to the Boston Herald.

Tye’s company is finishing up the last building of the project, 7-Ink. It’s a co-living concept, micro units that are more moderately priced than many of Boston’s glitzy new housing developments. It includes lots of common space and outdoor space including a massive roof deck and a ground level area that will have comfy chairs, tables and fire pits.

“People can live in a 14-story building and still have a back yard,” Tye said.

The pandemic has also forced some last minute changes inside.

“It will involve creating some smaller spaces in the building where people can go to work outside of their apartment,” he said, adding the building will be wired for top-of-the-line wireless so everyone will have a strong connection for their Zoom meetings.

According to Tye, the work-from-home model will likely change the layout of the basic apartment unit in the future.

“A bedroom would typically be on an outside wall, but maybe if you are spending a whole day in an office working at home, the office should be on the outside wall,” Tye said while adding that some units might use sliding doors to open the bedroom up to the light when the homeowner isn’t logged into the office.

Another thing that is changing dramatically is the role retail will play in many city buildings. If you look around Boston right now, you’ll notice a lot of those first floor retail spaces are empty.

“We are thinking as creatively as we can about how we are going to activate those ground floors,” Tye said, suggesting that spaces could be used for art galleries, libraries or temporary, pop-up style retail.

Tye also believes that the future of transportation in Boston is on two wheels.

“The city of Boston requires one bike space per apartment in all new development,” he said, adding that his 7-Ink building doesn’t have any car parking at all.

The state’s shared streets programs has allowed Boston to expand bike lanes and provide new accommodations for restaurants to expand outside dining.

The pandemic has forced people to spend more people outside in general, and that will force developers to think differently.

“And that will change the city in a better way going forward,” Tye said.