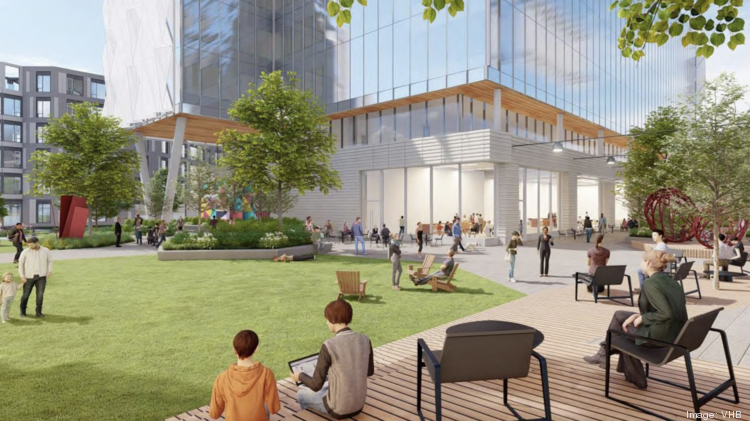 National Development and The Mount Vernon Co. have agreed to add a residential component to a life sciences and office campus at the long-time WBZ-TV studio site in Allston, at the request of local public officials.

Last year, the two locally based developers proposed a three-building, 700,000-square-foot project at 1170-1190 Soldiers Field Road. Since then, Boston City Councilor Liz Breadon and other politicians who represent Allston have called for housing on the site, with at least 20% of the units income-restricted.

National Development and Mount Vernon notified the Boston Planning and Development Agency on Monday that they now plan to build a six-story, 95,000-square-foot apartment building at the south end of the property, with 85 units to rent. They said that 20% of the units will be priced for residents that make 40% to 100% of the area median income.

Mount Vernon chairman and founder Bruce Percelay said that while the units are being added at Breadon’s urging, they “could be a very interesting amenity that may work to everyone’s favor.”

“The competition for talent at these life science companies is going to require them to differentiate themselves from one another,” he said. “At the end of the day, I think having the ability to have on-site housing could be a tool to attract people to these companies.”

The push for housing as part of major commercial projects has been particularly strong in Allston. Last month, the development team behind the mixed-use Allston Yards project added another residential building with about 150 condo units, bringing the total number of residential units at that site over 1,000.

The overall project is still making its way through the BPDA approval process. In late 2020, the BPDA approved the developers’ plans to build a new studio for WBZ on an adjacent Soldiers Field Road property.