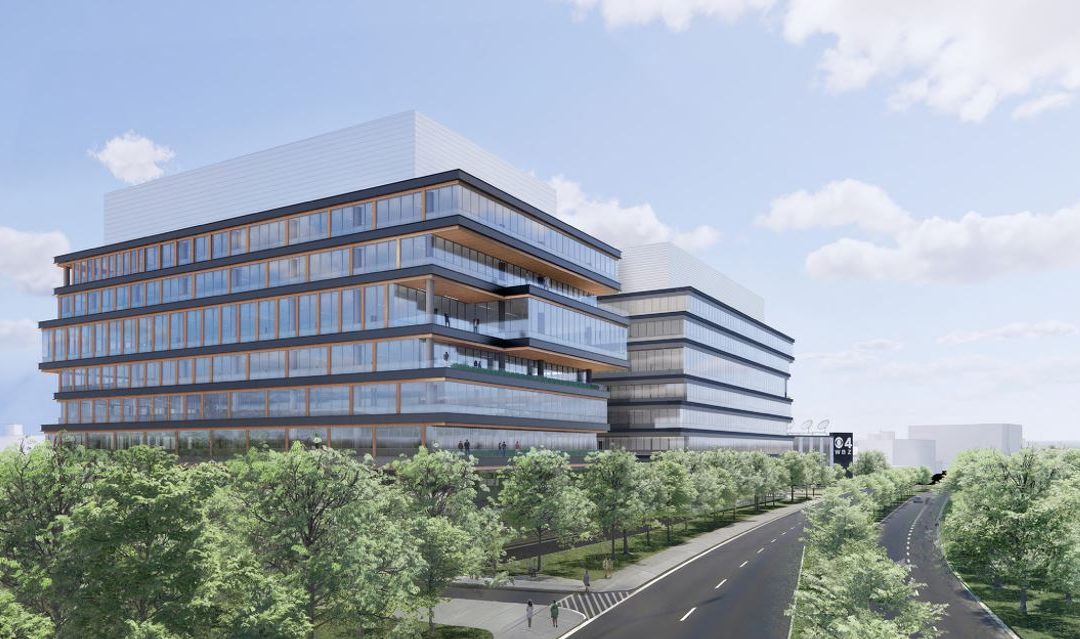 National Development and the Mount Vernon Co. today filed detailed plans for the three-building, 700,000-square-foot complex they want to build on the 6.3-acre Soldiers Field Road site that has been home to WBZ since the 1940s.

National and Mount Vernon hope to begin two years of construction on the first phase of the project, which will include just one of the three buildings and which will let what is now just WBZ-TV get its new studios built right next door to the site. Once WBZ is all settled in and happy, the developers will then tear down its old facilities and put up the remaining two buildings in the project, aimed at providing yet more space for the Boston area’s burgeoning life-sciences industry.

The antenna, which had long served as an emergency backup for WBZ-AM, came down last fall, a couple of years after CBS sold off the news radio station and it moved to Medford.

The project calls for a 700-space underground garage and new walkways between Herter Park and Smith Field.

The Project reimagines the Site through the lenses of community and connectivity, sustainability, health & wellness, and scale, with buildings that reinforce the urban street edge and new open space that creates a publicly accessible corridor through the Site

The developers continue that the buildings will blend in with the surrounding neighborhood, rather than overwhelm it or the riverside park:

The Project building design concept is rooted in simplicity and performance. Taking cues from the highly functional industrial buildings in the neighborhood, the rectangular buildings will fit with the fabric and context of the neighborhood. These simple forms will be distinctive and well detailed and will serve as a calm backdrop to both adjacent parks. The overall architectural concept is completely integrated with the Site and the exterior spaces it creates.