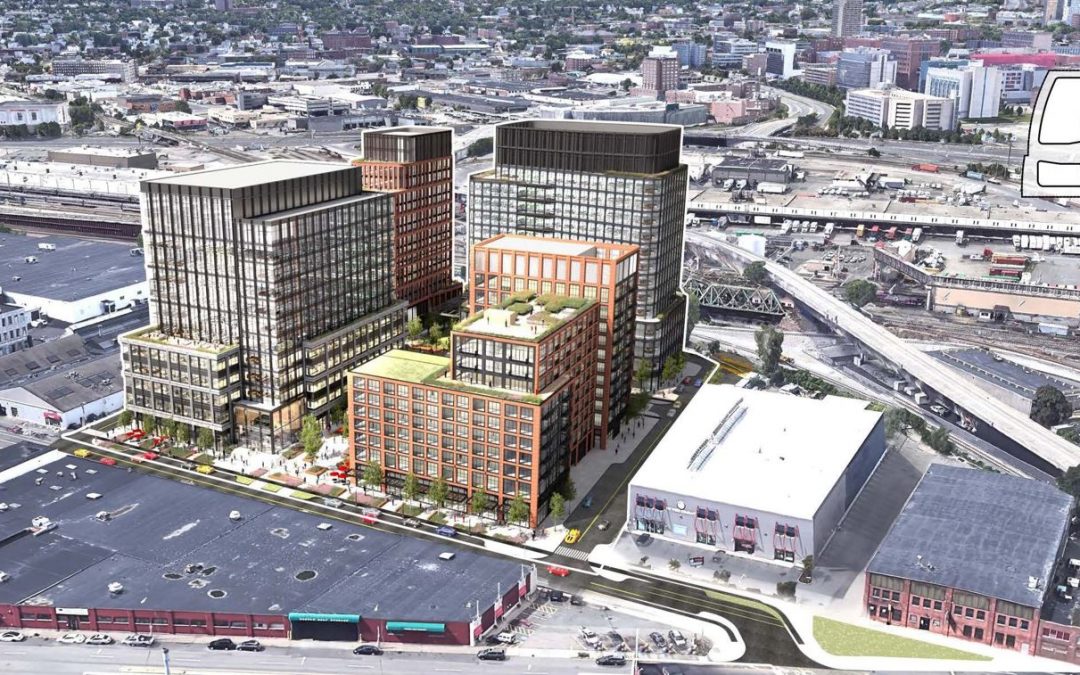 There has been a lot of new development along Dorchester Avenue in South Boston over the last decade, but nothing quite like a project that was approved by the Boston Planning & Development Agency on Thursday.

The BPDA board OK’d a 1-million-square-foot complex of life science space and housing at 323-365 Dorchester Ave., the biggest project yet along the booming corridor where old warehouses and light industry have been converted into mid-rise condo and apartment buildings in recent years.

This project — proposed by Newton-based National Development — would be at a far larger scale.

It consists of four buildings, ranging from 11 to 15 stories tall, across 5.4 acres, with new streets and open space at the ground level and bike and pedestrian improvements along Dot Ave. Two of the buildings would be residential — 310 units in all — while most of the rest of the project — 623,000 square feet — would be office or lab space likely aimed at life science companies that are spilling out across the city from their traditional home in Cambridge’s Kendall Square.

The project, which will go on what has long served as a crane yard for Marr Cos., has undergone years of community and city review, with National Development reducing building heights and opening up space at the street level in response to concerns from neighbors that it would be just too massive. But the finished product received nothing but support at a public hearing Thursday night.

John Piekutoski, who lives on nearby Jenkins Street, said he thought the development would enliven Andrew Square, and he noted that it will bring well-paying jobs to South Boston — the sort that many people who’ve moved there in recent years have typically had to commute to on the Red Line.

“This is largely overdue,” Piekutoski said. “It’s going to bring the sort of vibe that’s needed in this area.”

In 2016, the BPDA finalized a new plan for the Dot Ave. corridor, which allowed for taller buildings and called for 12 million to 16 million square feet of new development in the 144-acre area — more than half of it housing. This and another large project that’s been proposed a bit to the south — closer to the Andrew MBTA station — lean more toward office space, though a number of smaller residential developments are underway and construction began this year on the 746-unit Washington Village apartment complex on the east side of Dot Ave.

Whether housing or office space, this stretch of Dorchester Ave. is clearly changing from its old industrial past, said BPDA board member Mike Monahan, who mentioned a few of the strip’s remaining longstanding institutions.

“Someone’s going to walk out of the Chippewa Club and they won’t know what hit them,” Monahan said.

The BPDA approved several other sizable projects on Thursday, including a new campus for the Ben Franklin Institute of Technology, a large mixed-use development in Nubian Square, and repurposing part of a complex being built atop the Massachusetts Turnpike along Boylston Street from office space to labs.