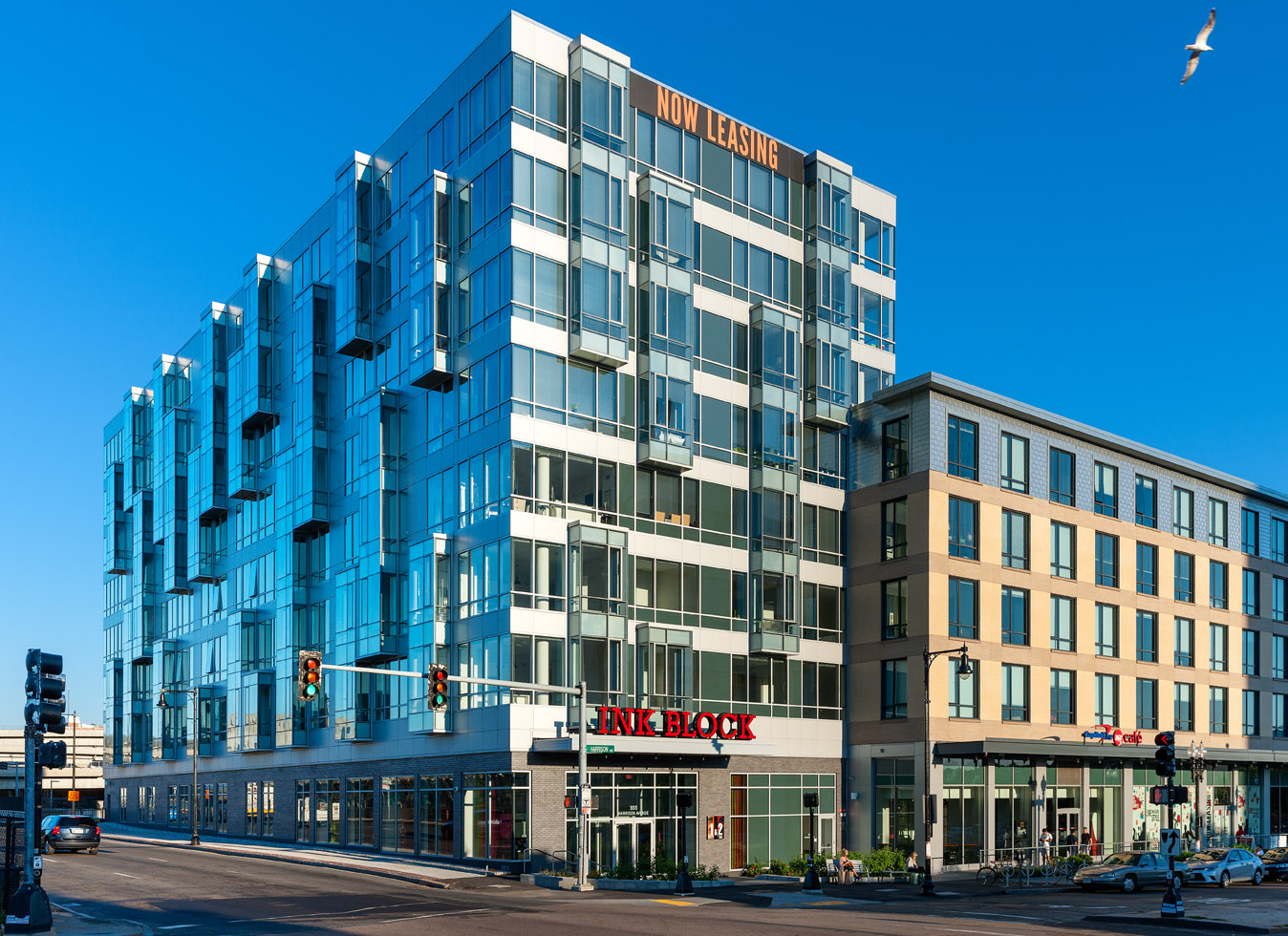 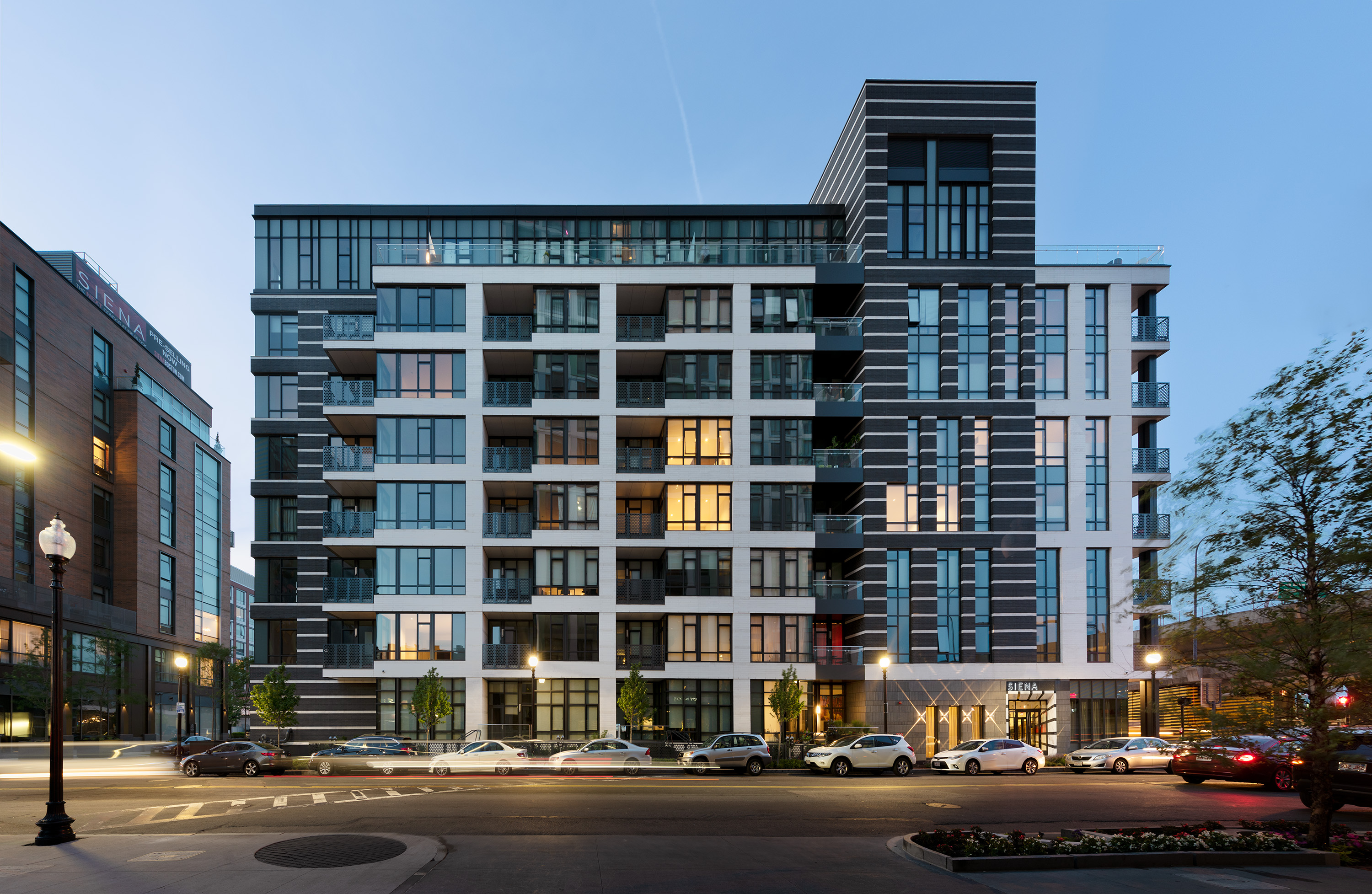 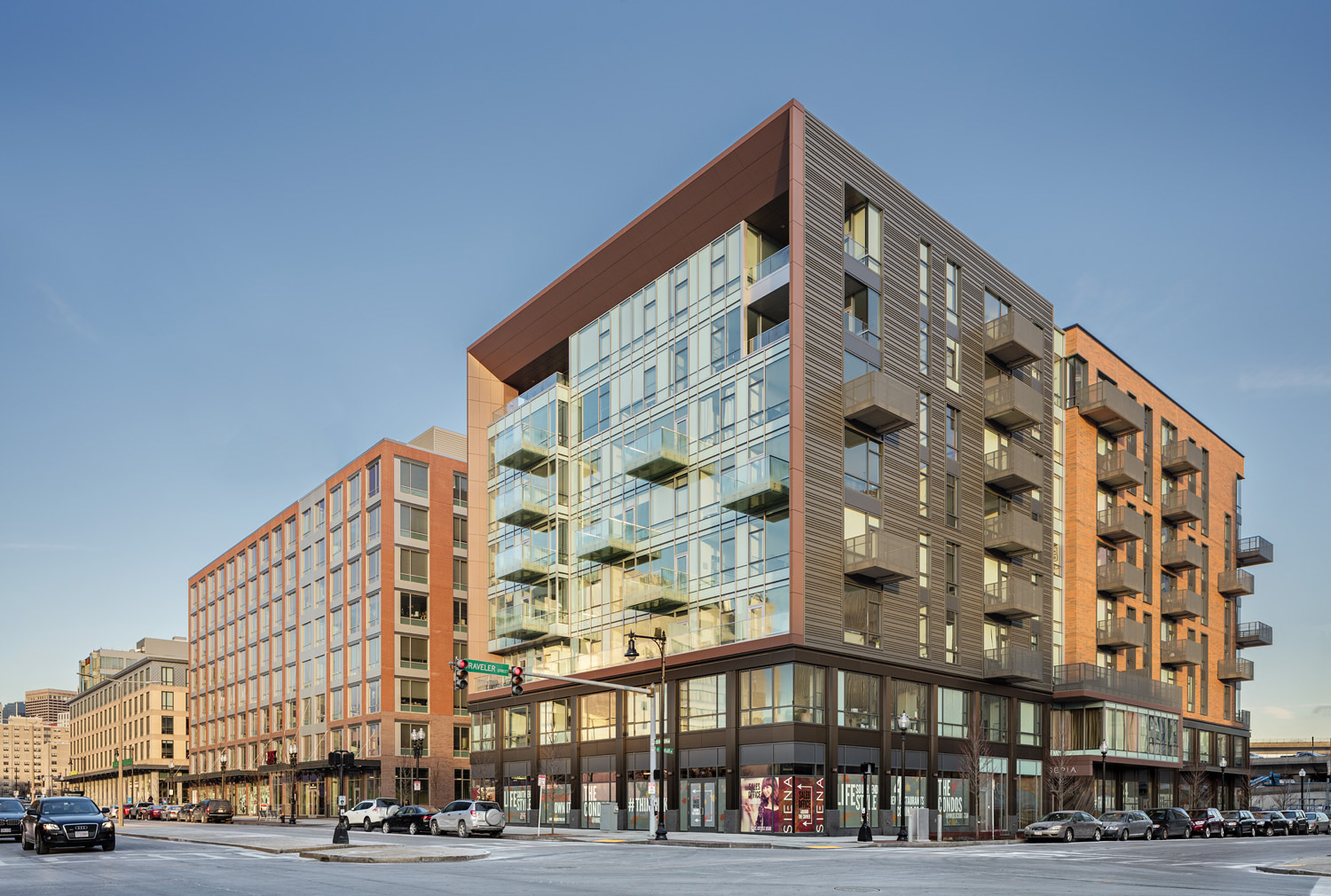 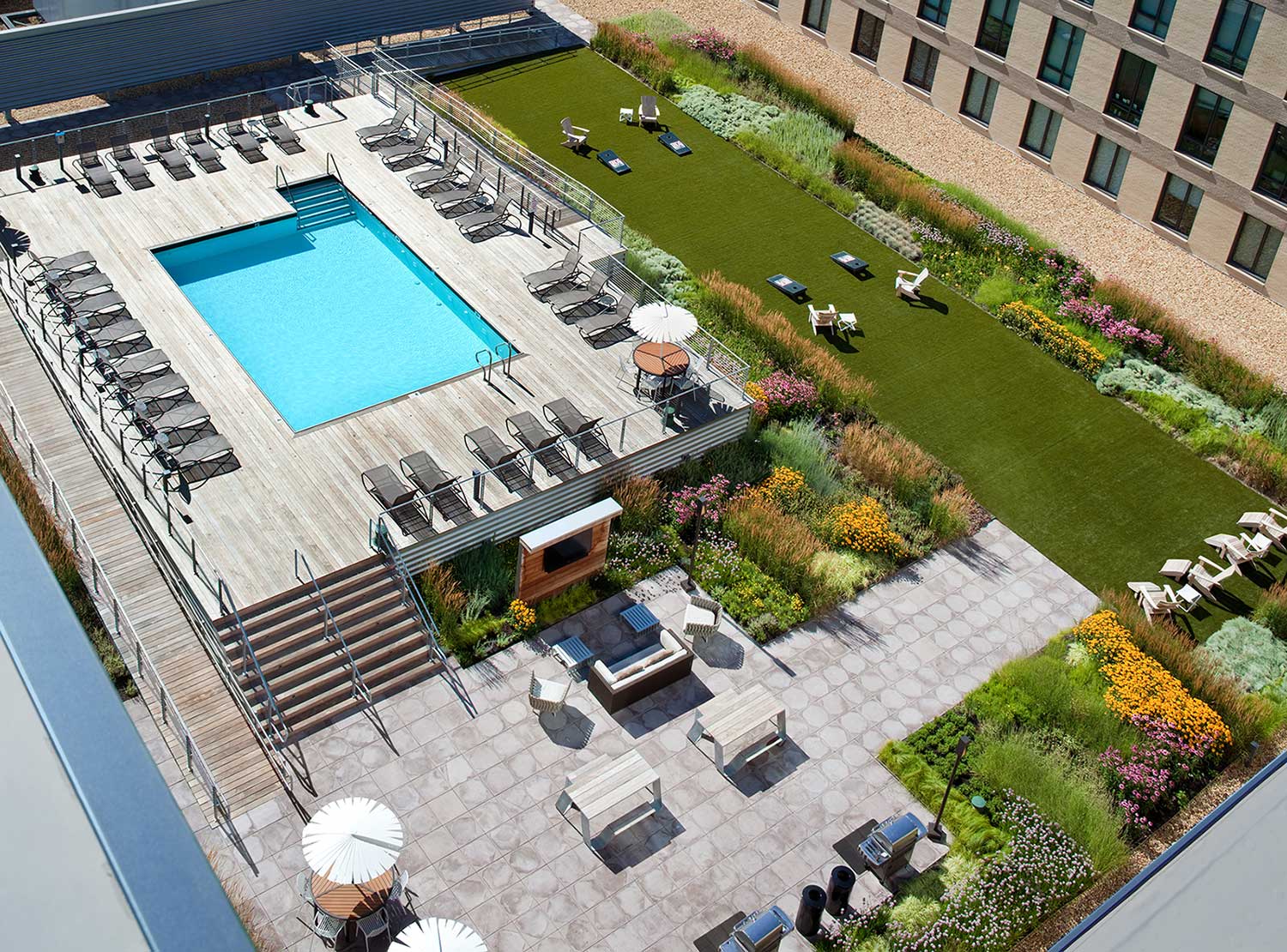 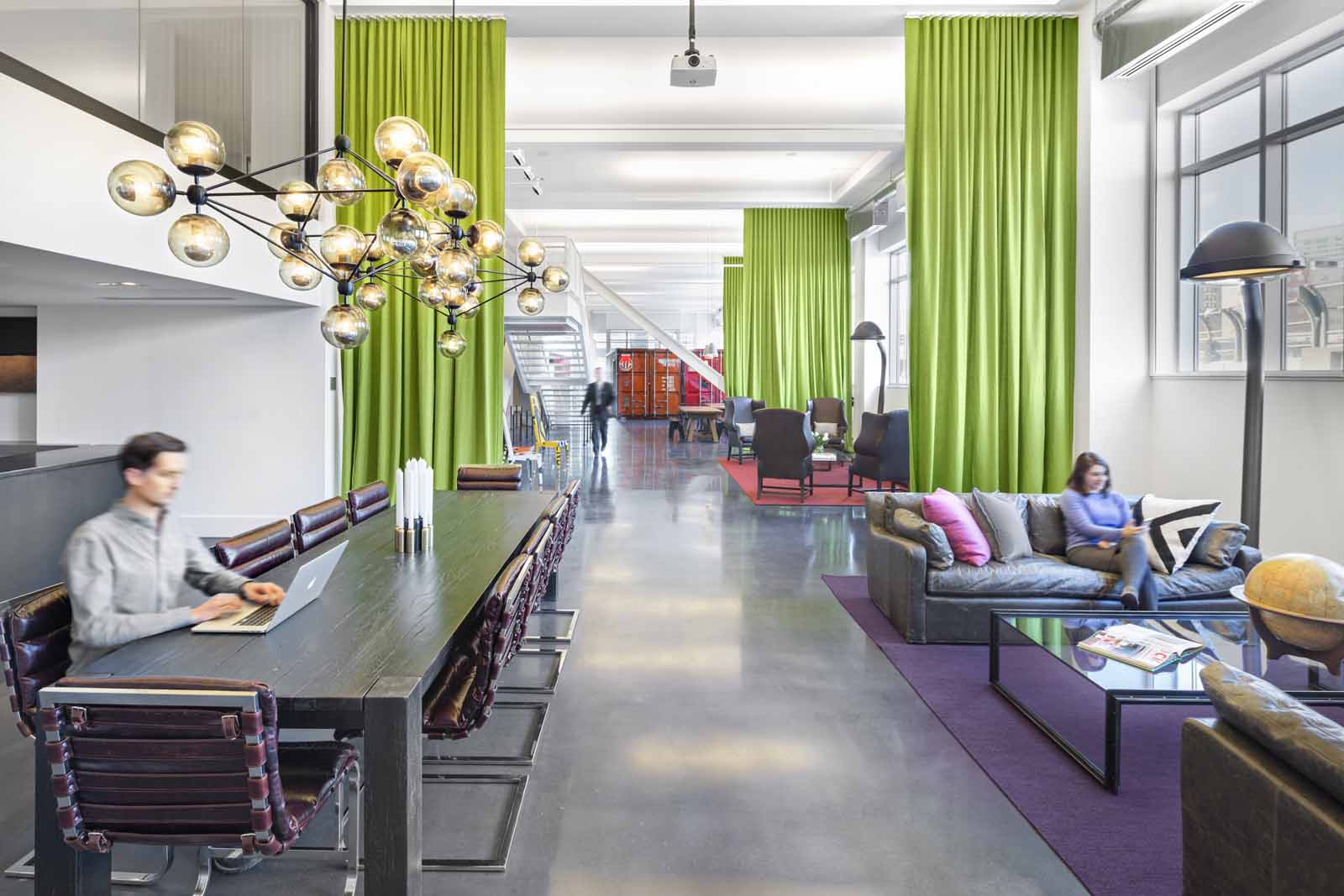 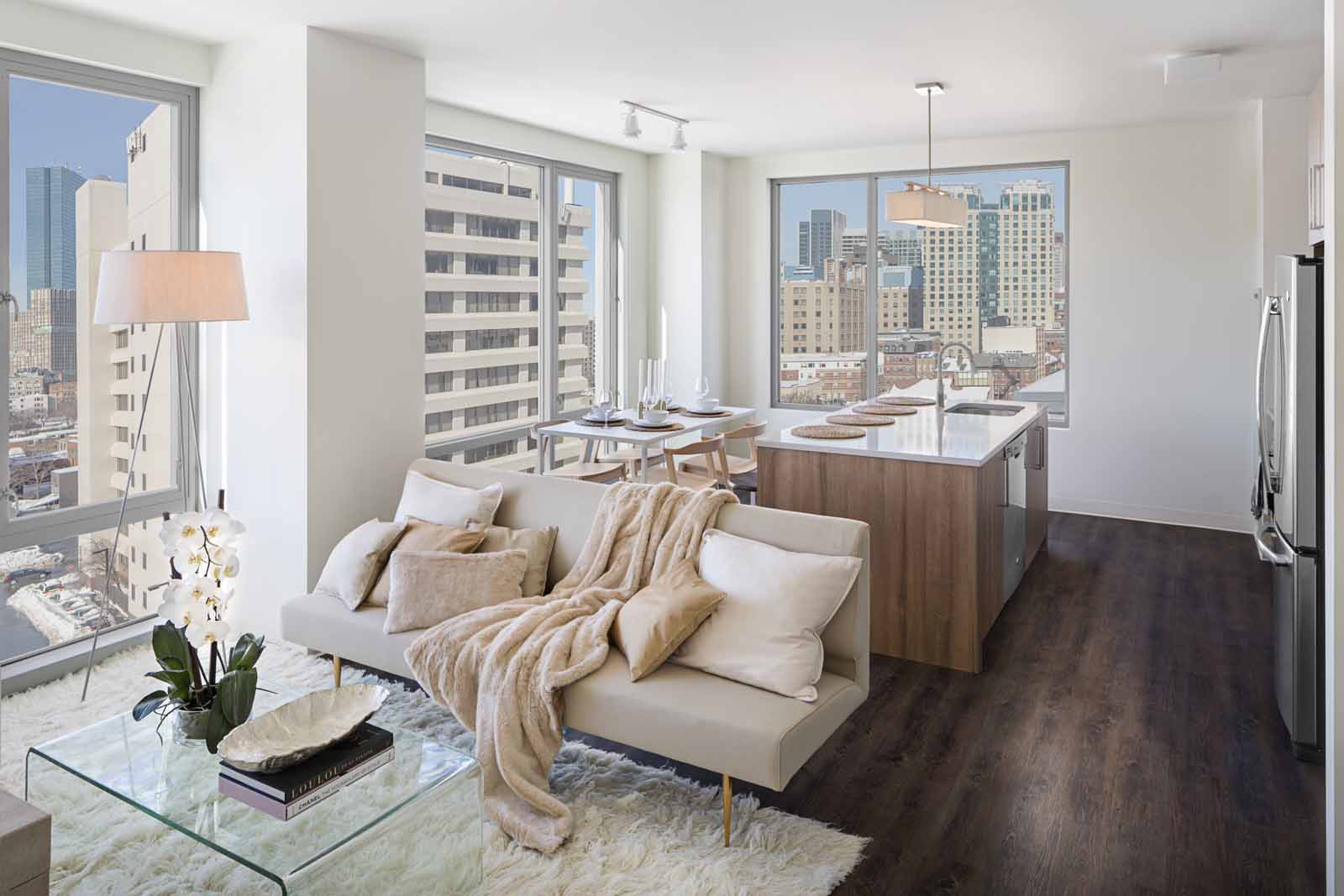 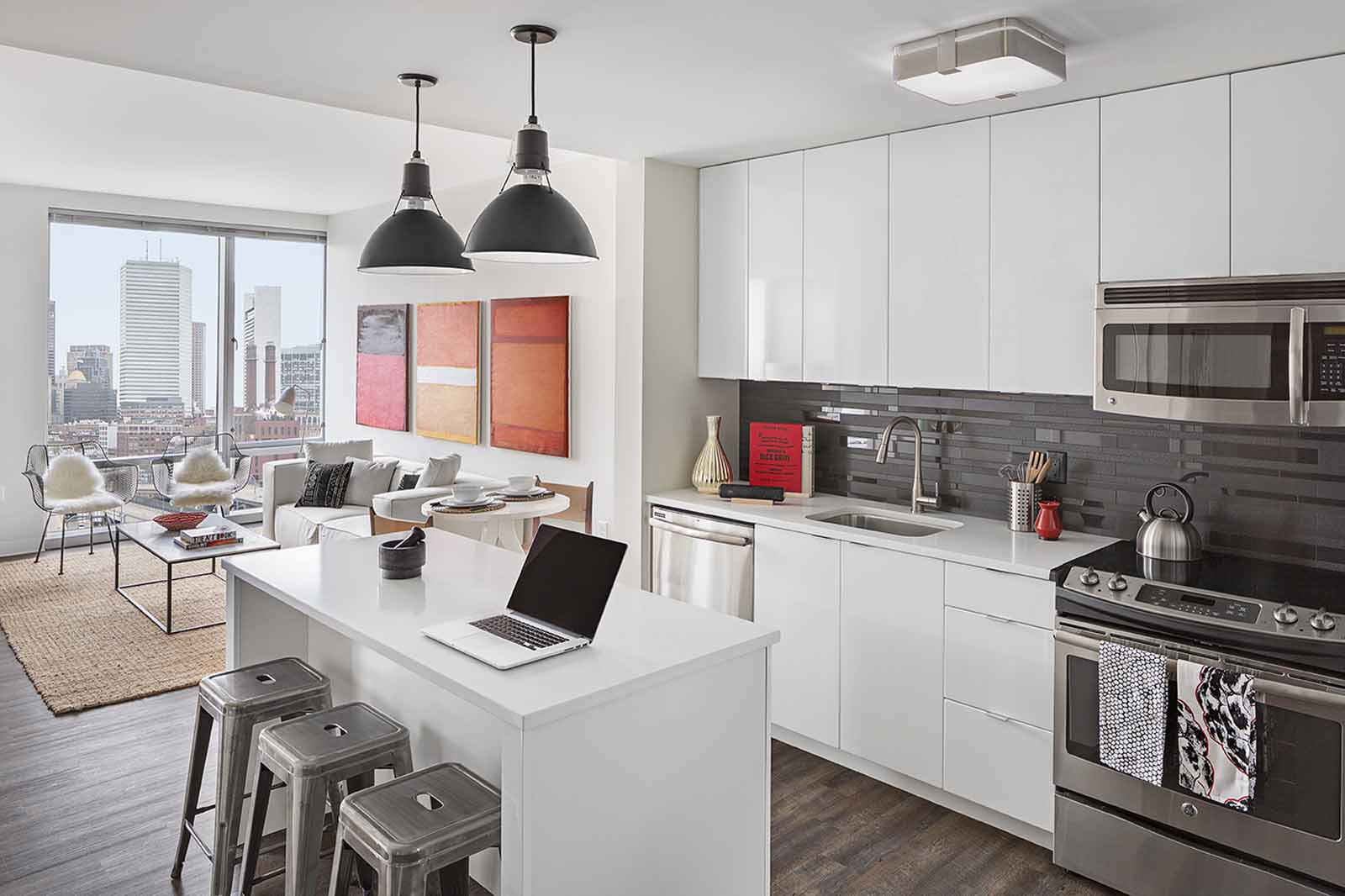 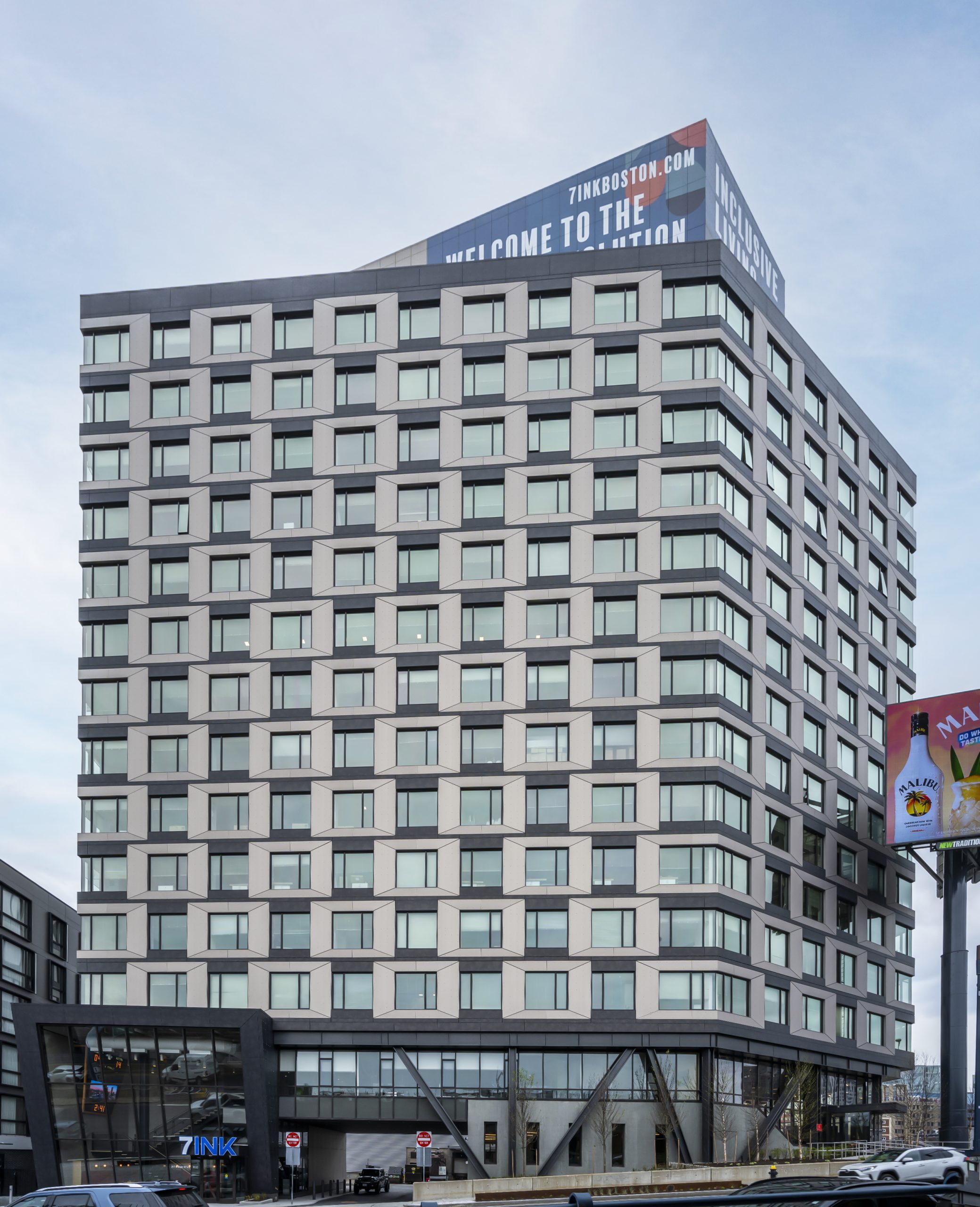 Ink Block is a vibrant residential/retail hub in Boston’s South End neighborhood that includes seven buildings on six acres.  There are 495 apartments in four distinct buildings (1 Ink, 2 Ink, 3 Ink and 7INK). The first three buildings opened in January of 2015. The focal point of the retail is a flagship 50,000 s.f. Whole Foods Market in 2 Ink, built below a green roof and resident swimming pool. The ground plane is fully actived by additional high-end retail including CorePower Yoga, Bar Mezzana, Fuji, Yellow Door, sweetgreen and Turnstyle Cycle. Phase II included 77 residential condominiums at Sepia (100% pre-sold before opening) and 10,000 square feet of retail space. Phase III, completed in early 2018, included a 205-room AC Hotel by Marriott as well as 76 residential condominiums at Siena. The last phase, a 180-unit All-Inclusive™ residential building called 7INK, opened in April of 2022. From the mid-19th century until it was demolished in the 1950s as part of a federal urban renewal initiative, the site had been a mixed-use residential neighborhood known as the New York Streets. In its second lifetime from the '50s to the early 2000's as the home of the Boston Herald newspaper, the area became an industrial no man’s land in the heart of the city islanded by depressed highways and adjacent overpasses. Begun in 2013, National Development’s third-generation redevelopment of the site has returned the area to the lively, dynamic mixed-use community it was over a century earlier with a new concentration of 24/7 activity that links the formerly disconnected neighborhoods of the South End with South Boston. The adjacent Underground at Ink Block, a new 8-acre urban park beneath the highway overpasses hailed for its innovative, award-winning landscape design and engaging street art, contributes to the site’s increased connectivity. 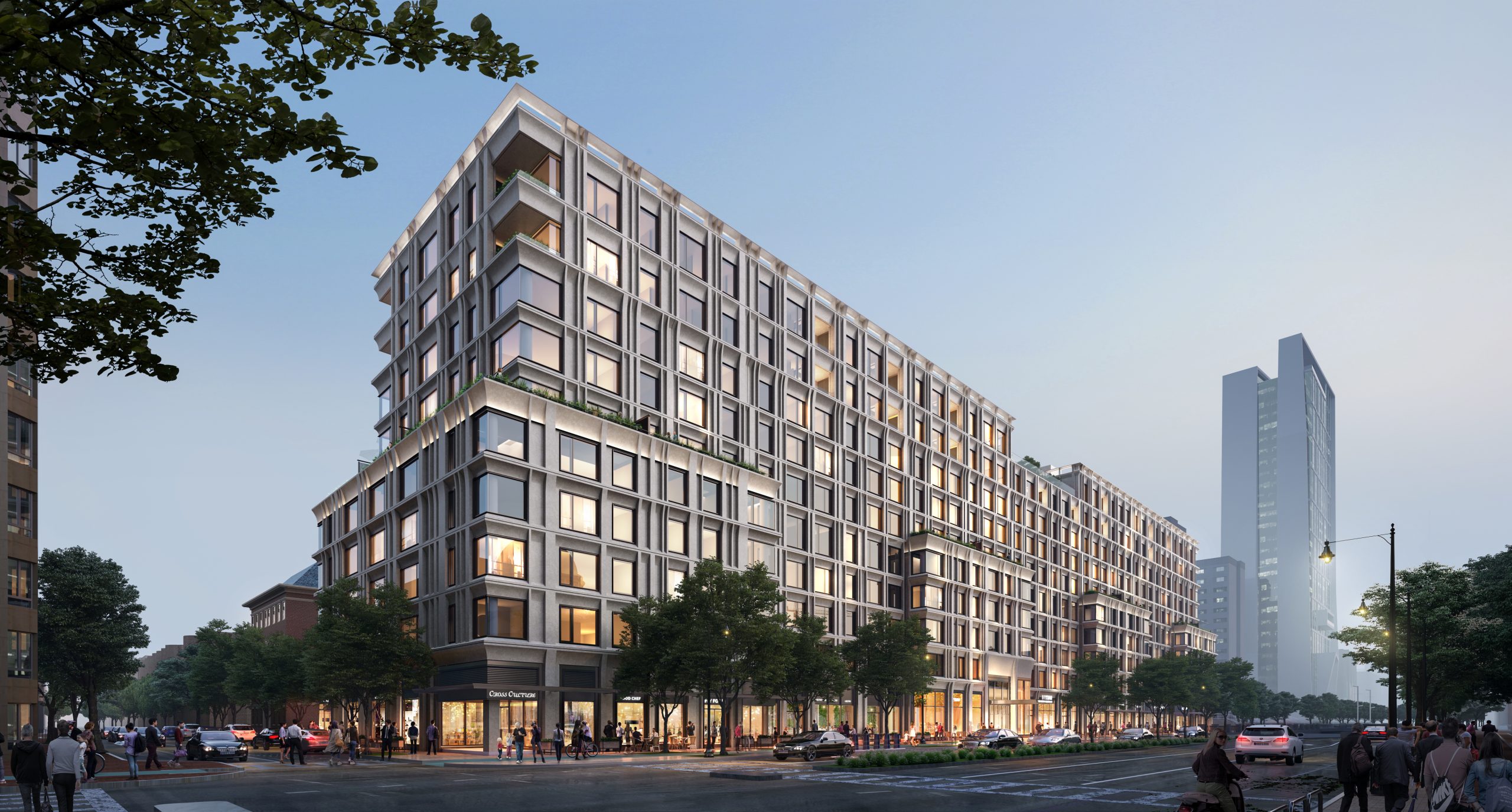 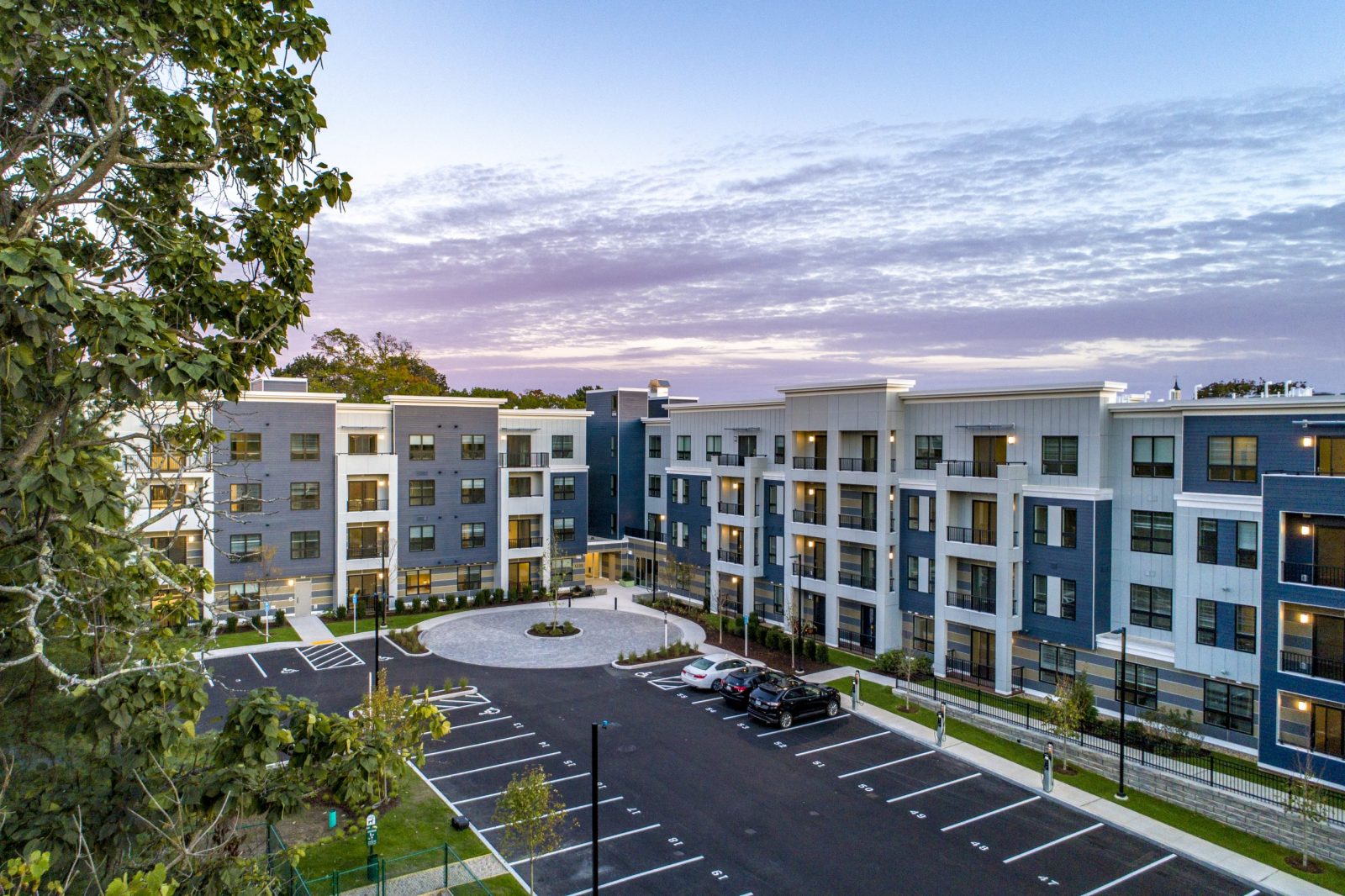 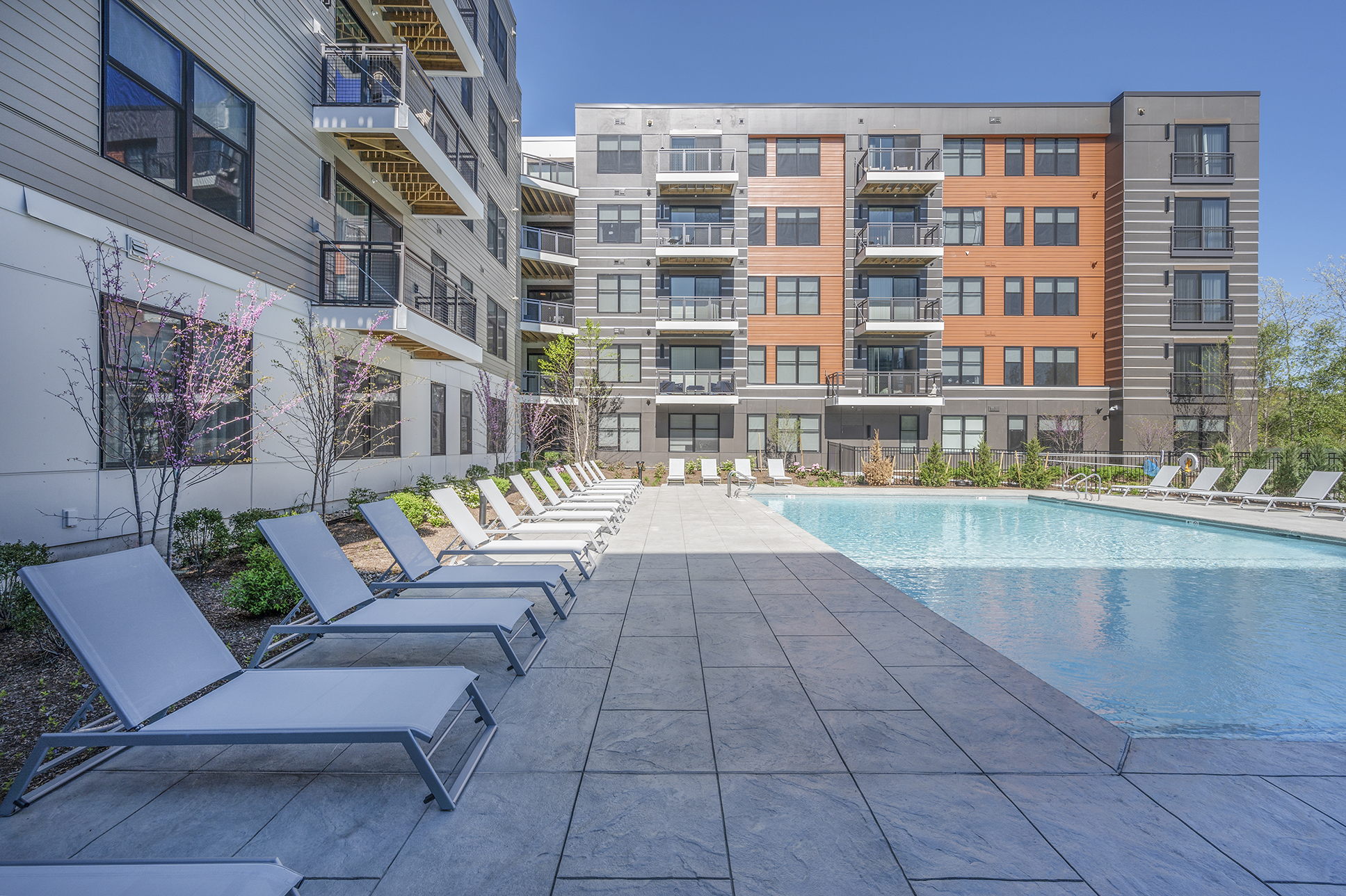