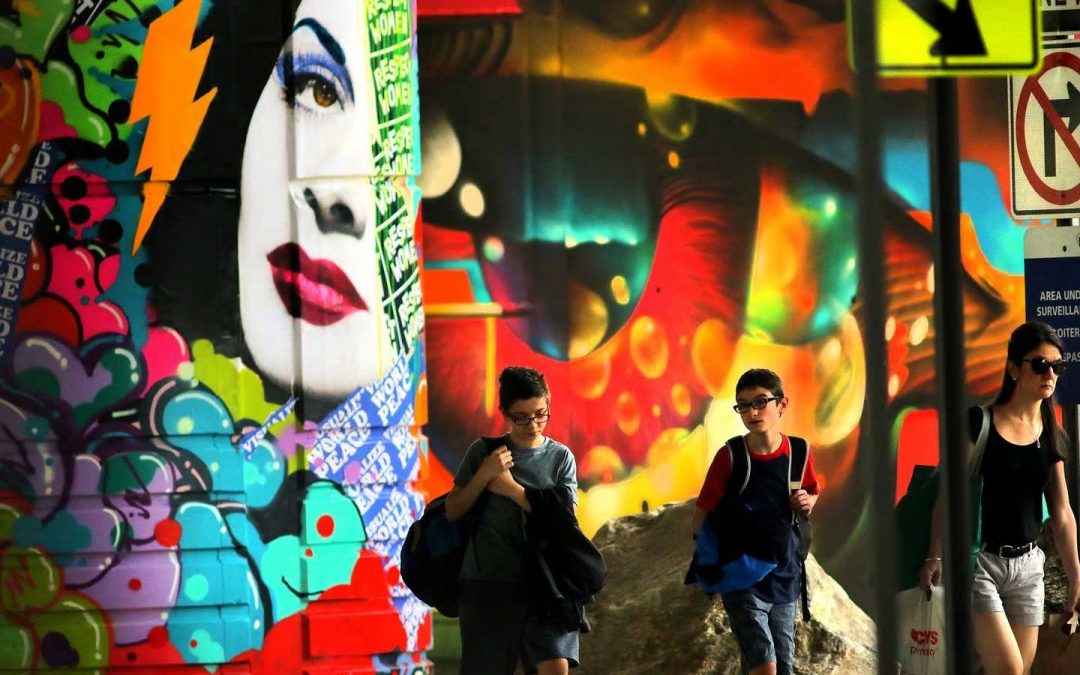 …“Underground at Ink Block,” in the South End, may not make any grand political statement — it’s a growing collection of street art under I-93 — but just by being here, in an uncared-for slice of the city, it does. It shows the power of site-specific sensitivity, an old problem exploded with new thinking. The site was leased by National Development Group from the Massachusetts Department of Transportation to use as a parking lot.

National rebuilt the dead space into a network of parks and trees, but it still felt barren. Then in 2017, National invited Victor and Liza Quinonez, who run the creative agency Street Theory, to enliven it. Their idea, “a street museum that we can curate over the years, and give people here an opportunity to shine,” said Victor, took off. Now it’s a showcase for street art that puts Boston’s best alongside the best in the world.

Judging by the thousands who turned out one weekend last month for the annual street festival there, it’s working. On a hot Saturday, they saw artists, including Quinonez, who went to the School of the Museum of Fine Arts and goes by Marka27, make a towering portrait of a young woman in fuschia and turquoise, running the full height of a double-decker support column….” to read full article, click here